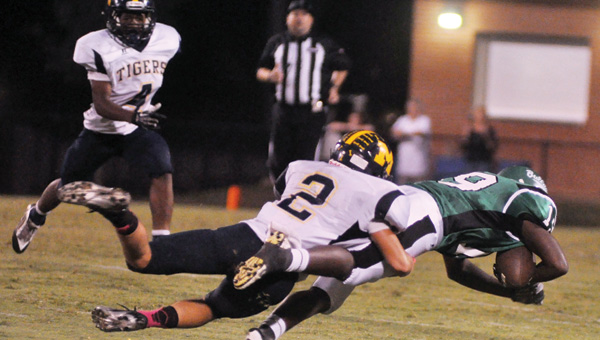 The Tigers got on the board during their first possession, when wide receiver Nicarius Peterson took it in from 1-yard out, and Condie Pugh ran in the two-point conversion, with 7:14 left in the first.

Andrew Parker got the Bulldogs on the board with 8 seconds left in the first, and Brandon Walker hit Wesley Person for a two-point conversion.

Parker found the end zone again from 6 yards out and Doug Salter’s PAT was good, putting the home team up 15-8, with 7:59 left in the second.

Salter attempted a field goal with 3:28 left in the second quarter, but it was unsuccessful.

Salter took a handoff of right guard from 1-yard out with 21 seconds left in the third, and his PAT was good.

After a scrappy pile on during a McKenzie fumble, Kenyada Teague recovered the ball, and took the ball in for another Brantley TD. Salter’s PAT was no good.

Brantley drove deep in the fourth, but Peterson intercepted a pass in the end zone with 3:32 left in the fourth.

Quarterback William Brown completed a pass to Shuford from 20 yards out for the Tigers’ second TD of the night, and the Tigers nailed a two-point conversion.

Salter made the final score for Brantley scoring a TD with 1:59 left in the game and putting his final PAT through the uprights.

McKenzie head coach Josh McLendon said he was proud of his boys.

“They fought hard until the end,” he said. “We played a good football team, and came out a little short.”

“I think our defense played really well and did a good job containing them,” he said. “I was really, really proud.

Kilcrease said he didn’t think his offense did as well as usual. They have some guys who can really fly, but we were pleased with our efforts.”

Looking ahead to next week, Brantley will play host to Pleasant Home for a homecoming game.

“We are going to try to remind them that this is what we have worked for so we can maintain our focus,” Kilcrease said.

McKenzie will play host to Florala. 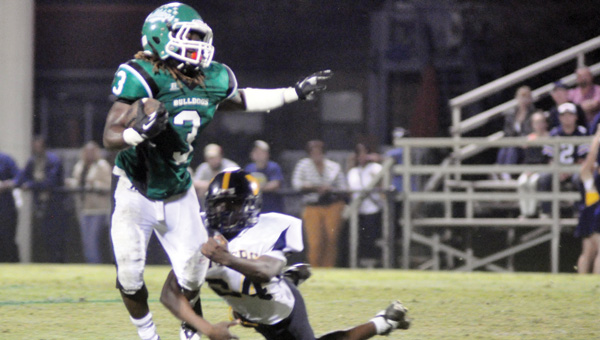