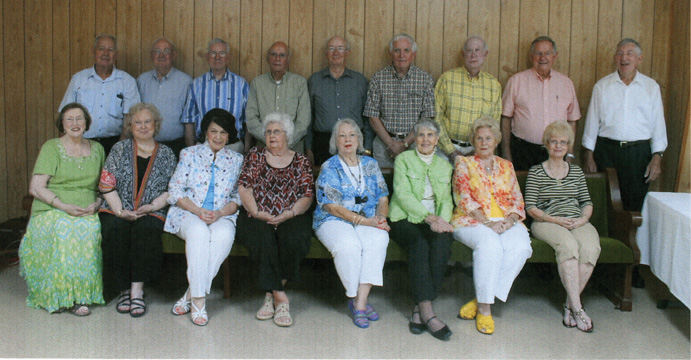 Ceremonies. The class was welcomed by Doug.

Killough assisting. Twenty-one of our classmates were remembered.

Music through out the day was records from the 50’s and 60’s era. The 45 RPMs were played

on a rockola from Kayo Sipper.

decorate. White table cloths were used on the tables with red and white (school colors) floral

arrangements made by Mary . Red and white streamers were draped from the ceiling with

balloons hanging. Hotdogs with all the trimmings were served by Barbara and Johnny Brunson.