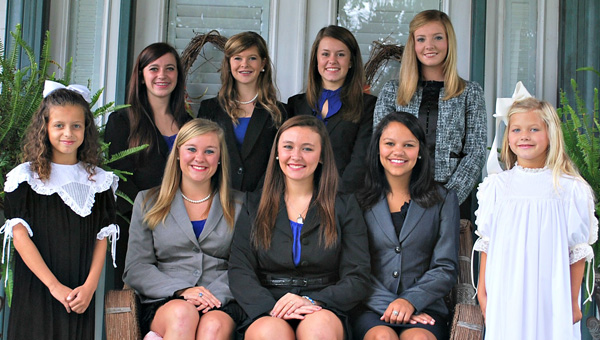 Highland Home School will kick off its pre-game

homecoming activities with a Spirit Bon-Fire on Thursday.

At 12  p.m., the Elementary Honor Club will host a reception

the gym where the 2013 Homecoming Court will be introduced

and alumni will be recognized. A pep rally will immediately

follow the assembly program. School will dismiss at 2:15 p.m.

and reminisce with classmates at a supper in the school cafeteria.

The Squadron Pride Band will perform at 6:30 p.m. The

game against the New Brockton Gamecocks will begin at 7:00

crowned and her court will be presented.