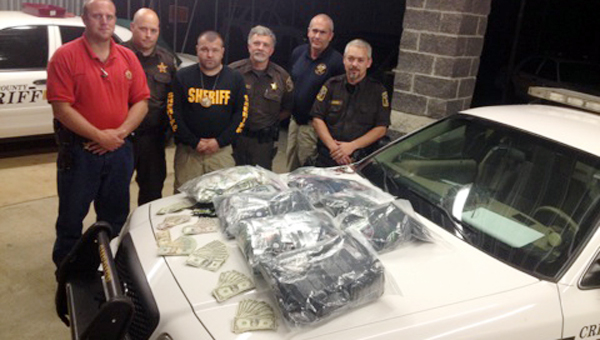 Crenshaw County Sheriff’s deputies scored big Sunday morning, making a traffic stop that yielded the county’s largest synthetic marijuana bust and one of the largest in the state.

During the stop a 30-gallon trash bag was discovered on the passenger side seat.

“Further investigation determined it was synthetic marijuana,” Johnson said. “We made the arrest, the evidence was inventoried and impounded.” 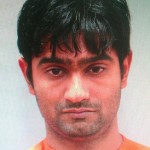 Johnson said deputies found several thousands of dollars and roughly 5,000 grams of the substance or 4.8 kilos. The street value is estimated at $100,000.

Chief Deputy Jimmy Lecroy said this was the largest bust in the county’s history.

Assistant District Attorney Levi Nichols said Monday night high school students are buying the product and that it doesn’t show up on most drug tests.

“This is one of the top 5 biggest in the state,” he said of the bust.

“We are working to get these drugs off our streets,” he said. “These substances have no place in our community, and we certainly do not want them to be easily accessible to the children of our community. My department will continue to fight this war on drugs.”

Patel has been charged with felony trafficking of a controlled substance and is being held in the Crenshaw County Jail on a $550,000 bond.