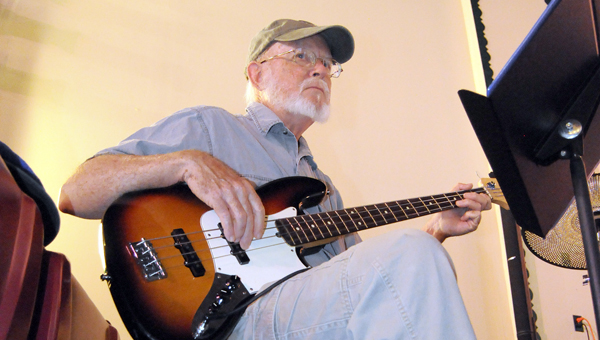 Greenville natives are no strangers to Charles Kennedy’s music.

The longtime music teacher has been performing and arranging music for church choirs and performing arts groups for years.

Others outside the Greenville area may soon find themselves humming tunes written by Kennedy.

OCP is a long-established music publisher known primarily for its music for Catholic and other liturgical churches.

The contract came about as a result of a popular piece of music Kennedy wrote for St. Thomas Episcopal Church’s Advent Lessons and Carols.

“Two years ago I wrote ‘Come Thou Long Expected Jesus,’” Kennedy said. “It is a piece for choir and soloists accompanied by piano, organ and violin. The piece was well received by the choir and congregation so I sent it to OCP as an unsolicited submission. They accepted it and offered me a general publishing contract. This type of contract is more advantageous to a composer than a ‘single song’ contract because it constitutes an open invitation to submit additional compositions.”

Kennedy said as part of the release package “Come Thou Long Expected Jesus” will likely be recorded by a professional choir and instrumentalists but this will be for promotional purposes rather than a recording for sale.

Kennedy, who serves as choirmaster at St. Thomas Episcopal and teaches music appreciation at LBW Community College, has several works in progress, which he will send to OCP. One is a choral arrangement of a gospel song written by his daughter, Lindsey.

Kennedy, who has also had pieces published by Zondervan Publishing Company and John T. Benson Publishing, will also soon begin work on the musical arrangements for the Greenville Area Arts Council’s “Christmas At The Ritz,” which will be performed Dec. 7.