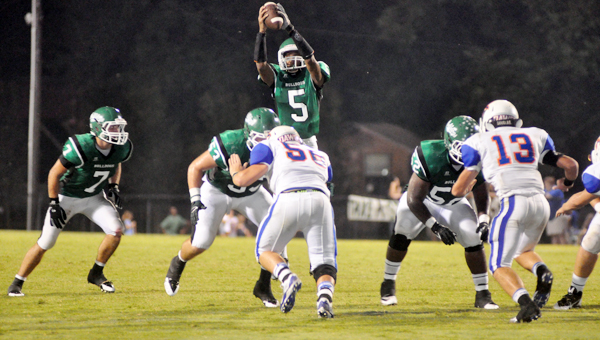 With 4:35 left in the game, an altercation broke out on the Kinston sideline between a Kinston player and Brantley’s Stefan King.

Both teams were penalized for unsportsmanlike conduct and the players were ejected from the game.

According to the AHSAA website, the penalty for a first ejection is a minimum of a $300 fine that can be reduced to $100 if the person ejected take the online STAR Behavioral Mode within 10 school days of the date of the ejection. 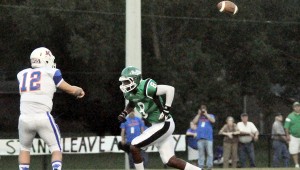 Additionally, Section 17 of the AHSAA handbook states that a student or coach who has been found guilty of unsportsmanlike conduct in an interscholastic contest, or who has been penalized for a serious offense or rule violation by explusion from a contest because of unsportsmanlike conduct, may be suspended by the executive director from participating for the remainder of the season in that sport.

Despite the altercation and a slow start, Brantley’s Doug Salter scored with 3:02 left in the first quarter and his PAT was good to put Brantley up by 7.

Neither team could get anything going in the second quarter.

Brantley’s Riley Jobin returned the opening kickoff to put the dogs ahead 13.

Sophomore Xavious Young put a TD in the end zone with 8:05 left in the fourth, and Salter’s kick was good.

“They were definitely improved,” he said. “I think we played good defense, but we still have no identity on offense. We are terrible in the red zone.”

Kilcrease said running back Andrew Parker injured his knee during the Luverne game and sat out during the first half, but dressed out the second half.

Kilcrease said his players look to Parker and Wesley Person Jr., as their leaders.

On the altercation, Kilcrease said “there’s a fine line between being emotional and keeping your composure.”

Looking ahead to Florala, Kilcrease said they were going to work on offense and everything else to get better.