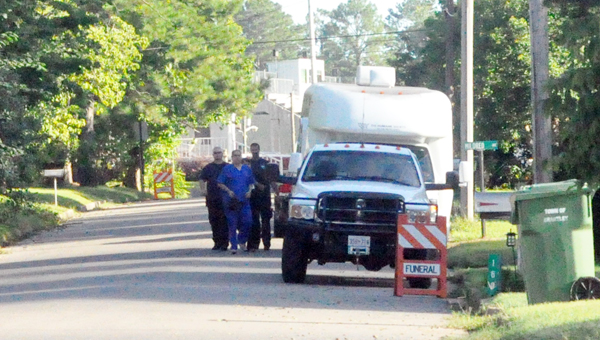 A Brantley man was among 10 people arrested in a dog-fighting ring.

William Antone Edwards, 42, was arrested after he and others were indicted for violations of the federal dog fighting statue and the federal gambling statue on Friday.

On Friday, agents executed 13 search warrants – 11 in Alabama and two in Georgia.

They also seized 367 pit bull terriers that had signs of fighting, guns, illegal narcotics, drugs used to treat and train dogs, and other evidence indicative of dog fighting.

Agents also seized more than $500,000 from dog fighters involved in the organization over the course of the investigation.

The 30-count federal indictment says that between 2009 and 2013 Edwards and others conspired to promote and sponsor dogfights, and conspired to possess, buy, sell, transport and deliver dogs that were involved in dog fighting.

Additionally, the indictment charges the defendants with promoting or sponsoring a dog fight and with possessing, buying, selling, transporting and delivering a dog for fighting purposes, and they were charged with conducting an illegal gambling business.

“These defendants were betting between $5,000 and $200,000 on one dog fight,” said U.S. Attorney George L. Beck Jr. “The number of dogs seized and the amount of money involved in this case shows how extensive the underworld of dog fighting is. These dog fighters abuse, starve and kill their dogs for the supposed fun of watching and gambling on a dogfight. Their behavior is deplorable, will not be tolerated and will be punished to the full extent of the law.”

“The seer number of dogs seized speaks volumes as to the inhumane and violent abuse of animals associated with the illegal practices of drug activity afflicting our communities,” said Stephen Richardson, FBI special agent in charge, Mobile division.

“This is a great example of federal, state and local agencies working together to make communities safer,” said Paul Register, Auburn Police chief. “It is not just about the egregious act of dog fighting itself, but the other criminal activity that is affiliated with it. It is important that local law enforcement, such as the Auburn Police Division, work together with other agencies to address crimes that affect the entire country.”

The 367 pit bull terriers taken into custody were taken by the American Society for the Prevention of Cruelty to Animals and the Humane Society of the United States.

“We are committing to eradicating dog fighting in every dark corner where it festers,” said Wayne Pacell, president and CEO of The HSUS. “This series of raids reminds every dogfighter that they are not beyond the law and their day of reckoning will come.”

“Today we ended the torture of hundreds of abused and neglected animals,” he said. “Never again will these dogs be forced to fight, live in squalor, or be neglected and deprived of the bare necessities.”