Art gallery to open in October 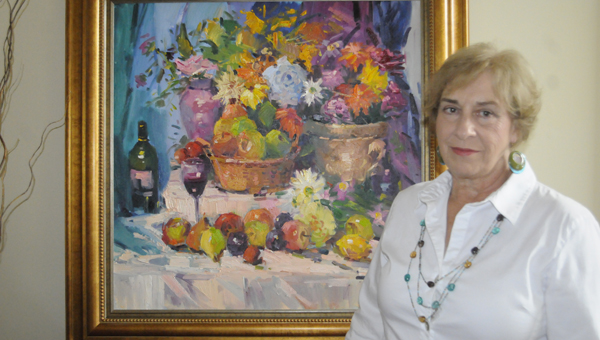 Although the Camellia City Bakery & Deli has been fulfilling culinary needs for more than two years, one local businesswoman is aiming to provide downtown Greenville shoppers with a little nourishment of the soul as well.

Mary McKinley will open the High Horse Gallery across from the Camellia City Bakery & Deli on Oct. 1, in which she hopes to house the collective talent of art enthusiasts across Butler County and beyond.

But McKinley’s desire to open a gallery downtown stems not only from a need to display works of art, but also from teaching others how to create it.

As a fellow art enthusiast, signing up for art classes within the county often proved an exercise in futility.

“I know that there is a need around not only Greenville, but if you ever start looking for art classes outside of a college, you can hardly find them,” McKinley said.

“And there are a lot of people who have an interest in painting who may not necessarily want to be the next Rembrandt, but just want to paint because it’s a hobby and they enjoy it.”

Sensing this need, McKinley enlisted the aid of at least a dozen artists that specialize in various media, including painting, pottery, photography and others, to display their works and teach courses pertaining to their chosen field.

The High Horse Gallery will also include some works from artists out of the area as well, including Troy University lecturer in art Russell Everett.

But McKinley’s most distant contributor, Guido Frick, is a German artist who specializes in painting.

Frick travels the U.S. countryside for several months of each year, and his works have been featured in several prominent galleries across the U.S.

Having an eclectic mix of contributions from a wide range of sources lends a certain cultural value to the gallery, as McKinley is hoping that her establishment can become a cultural hub of sorts for the Camellia City.

In addition to the more traditional fare, McKinley plans to offer more specialized classes, such as calligraphy and basket weaving.

But more importantly, she hopes that her gallery can become a place where everyone can become inspired, regardless of their artistic inclinations.

“I think it’s sort of like when you listen to music, it makes you feel good, and I certainly think art makes you feel good too.  Within everyone, there’s art — you may not be Rembrandt or Picasso, but you have your own thing that you can do.  And I want to offer enough variety so that there’s something for everyone.”