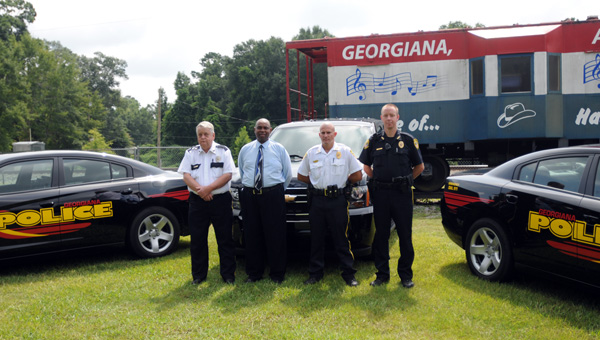 The department added a Chevrolet Tahoe and two Dodge Chargers to its fleet of nine patrol vehicles at a cost of approximately $75,000, according to Chief James Blackmon.

Blackmon said the vehicles were purchased to replace high-mileage vehicles.

“We needed to make sure we had good, reliable vehicles in service,” Blackmon said. “When a vehicle gets a lot of miles on it, it becomes unreliable and in some cases unsafe. We wanted to avoid that.”

According to Blackmon, each officer in the department is assigned a vehicle, which has helped extend the life of the department’s patrol cars.

“The way we do it now, each officer has his own car and when his shift is over the car is parked,” he said. “That cuts down on some of the wear and tear on the cars because they aren’t being driven 24 hours a day, seven days a week. Since we’ve made that switch our cars are lasting a lot longer than they used to.”

The new vehicles mark the first such purchase for the department since 2010.