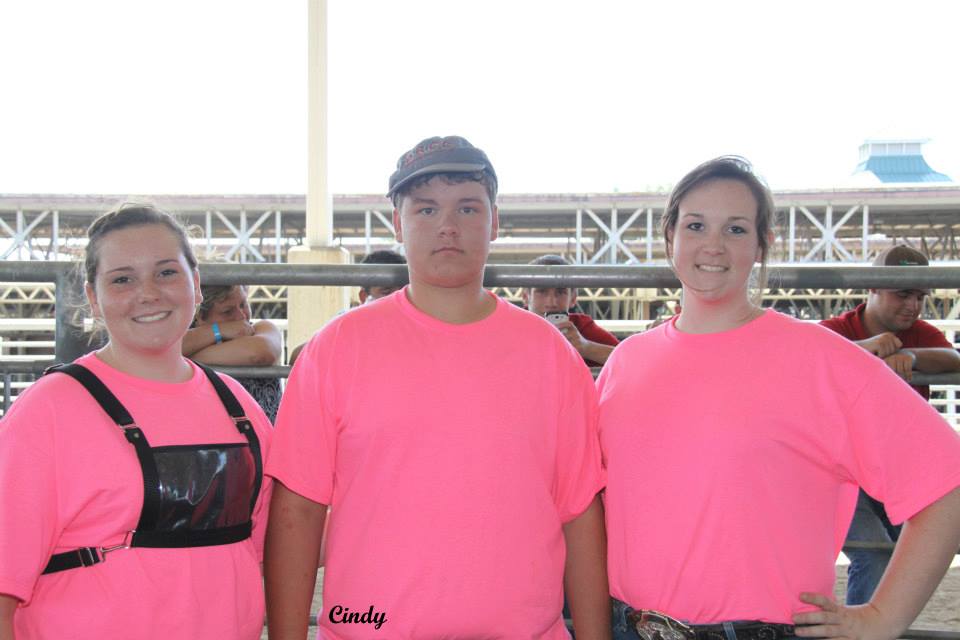 Shown are Cameron, Colby Lingo of Louisiana, and Cassidy Catrett at the Shorthorn Junior National Conference and Show.

Special to the Journal

Cassidy and Cameron Catrett, members of the American Junior Shorthorn Association, recently traveled to Des Moines, Iowa for the Shorthorn Junior National Conference and Show.  The event was held at the Iowa State Fairgrounds from June 24-29, 2013.  There were 718 head of registered shorthorn cattle entered by 415 exhibitors from 24 states.  While there, the girls not only competed with their animals, but had the opportunity to compete in many individual and team contests.

“This is a great summer event for youth in the industry; it not only gives them the opportunity to be rewarded for their hard work, time, and effort it takes to care for an animals, but also gives them a chance to demonstrate their other talents in the contests available,” said Montie Soules, executive aecretary and CEO of the American Shorthorn Association.  The association promotes personal development through youth activities and educational events.  Dedicated to the betterment of its 6,000 junior members, the association promotes valuable skills and fosters friendships that will last a lifetime.

While in Des Moines, Cassidy received top honors in the Intermediate age division including:  second place team salesmanship and fourth place graphic design.  Cameron was recognized as a prospector II award winner with:  second place team salesmanship, third place livestock Judging, and fifth place public speaking.  Cassidy and Cameron exhibited four registered shorthorn animals in Des Moines, including three heifers and one steer.  One of Cassidy’s heifers was a bred and owned animal, meaning she raised the heifer from her own herd.  The girls enjoyed exhibiting their animals and took great pride in having Alabama youth recognized as winners at the awards ceremony.

This was the second Shorthorn Junior National event the girls have attended.  Last summer, they traveled to Grand Island, Nebraska for junior nationals. Cassidy most enjoyed meeting people from all across the United States who had the same interest in raising and promoting shorthorns.  Cameron enjoyed the same, as well as traveling to new places and learning from others.  In 2014, the event will be held in Louisville, Kentucky.  They are already making plans to be there.

Both are active members of the Alabama Junior Cattlemen’s Association, with Cassidy serving on the state board as a director.  They are the daughters of Perry and Ashley Catrett and attend Brantley School.