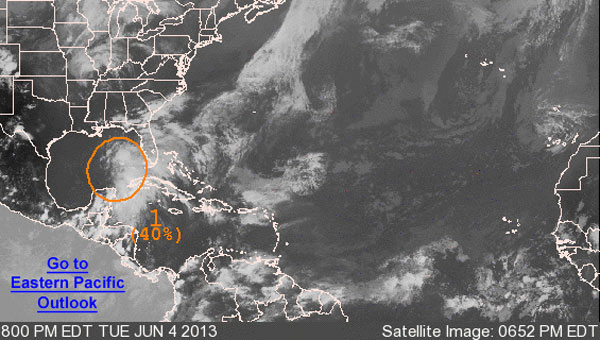 There’s a slight possibility that the first named storm of the Atlantic hurricane season could form in the Gulf of Mexico in the coming days.

According to the National Hurricane Center, disorganized showers and thunderstorms associated with a broad area of low pressure over the central Gulf of Mexico could become more conducive for development during the next couple of days.

The system currently has a 40 percent chance of becoming a storm in the next 48 hours as it moves northward tonight and Wednesday.

Regardless, forecasters predict a chance of rains in the coming days for the area.

The Luverne Journal will continue to update as more information becomes available on the storm.