Cabrera tabbed as Employee of the Year 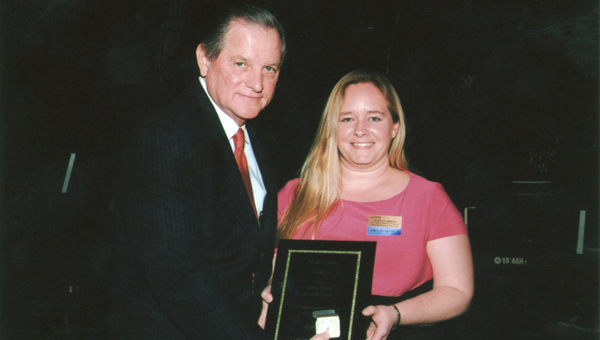 Alicia Cabrera is on fire, not literally, but according to her co-workers her bright spark is what led Cabrera to be named L.V. Stabler Memorial Hospital’s “Firestarter of the Month” in January of 2012 and “2012 Employee of the Year.”

Cabrera has worked as the unit secretary in the medical/surgical unit for five years.

“Being nominated and chosen for this prestigious honor is not a easy task,” said human resources director Bob Foster. “Employees are nominated by their peers, which really says a lot about the hard work and commitment that the nominee puts forth every day.”

The employee of the year nomination process is primarily based on a 10-step code of standards that includes safety, privacy, attitude, communication, customer service, responsiveness, service recovery, professional appearance, commitment to co-workers, and sense of ownership.

“I am honored to be named the 2012 Employee of the Year,” said Cabrera. “It means so much to me to know that my peers think my efforts make an impact. There are many staff members at the hospital that are deserving of outstanding recognition as well and do a great job.”