Stamp Out Hunger set for Saturday 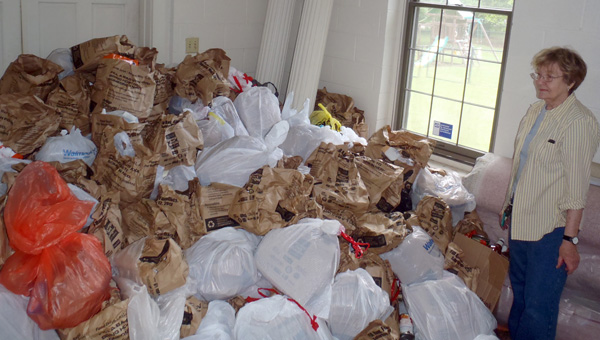 Local letter carriers will be making a special delivery on Monday.

As part of the 21st Stamp Out Hunger campaign, letter carries in the Camellia City and across the nation will be collecting non-perishable food items left by mailboxs along their routes on Saturday. The food will then be donated to local food banks, such as St. Thomas Episcopal Church’s food pantry, which will receive the donated food on Monday.

“We’ll sort through the food and redistribute it,” Rev. Reid McCormick.

According to McCormick, the church’s food pantry has helped feed approximately 500 people, all from Butler County.

He said the food pantry depends heavily on food drives such as the National Association of Letter Carriers’ Stamp Out Hunger campaign to help keep its shelves stocked.

“The greater the collection, the more people in need we are able to help,” McCormick said. “It’s that simple.”

“The Stamp Out Hunger food drive is important for our local communities because it helps stock food banks and pantries for summer, a time when there’s an increased need for food assistance, especially for children who are out of school,” said Fredric V. Rolando, MALC president. “The letter carries are committed to supporting the drive by picking up and delivering food donations to local food banks and hunger-relief organizations in their markets.”

To participate in the Stamp Out Hunger food drive, residents can place a sturdy bag containing non-perishable foods, such as canned soup, canned vegetables, pasta, peanut butter and rice next to their mailbox prior to the time of regular mail delivery.

For more information on the Stamp Out Hunger campaign, visit helpstampouthunger.com.