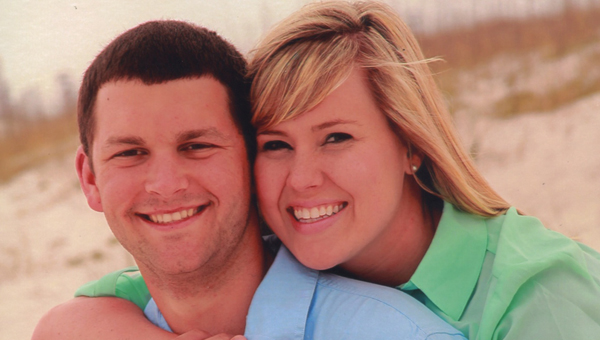 Mr. and Mrs. William Clayton Nolan of Fort Deposit, Ala., are pleased to announce the engagement of their daughter Megan Ashley Nolan to Casey Lee Petty, son of Mr. and Mrs. James Lamar Petty of Lapine, Ala.

Miss Nolan is the granddaughter of Mr. and Mrs. Allen L. Blackburn of Georgiana, Ala., and Mr. and Mrs. William Nolan of Fort Deposit, Ala.

She is a 2008 graduate of Fort Dale Academy, a 2010 graduate of Lurleen B. Wallace Community College and will graduate from Troy University in December of  2013 with a bachelor of science in education.

He is a 2008 graduate of Highland Home High School and a 2011 graduate of  Lurleen B. Wallace Community College. He is currently employed with Montgomery Fire and Rescue of Montgomery, Ala.

The wedding will take place on June 8, 2013, at The Old House at Meriwether in Lapine, Ala.