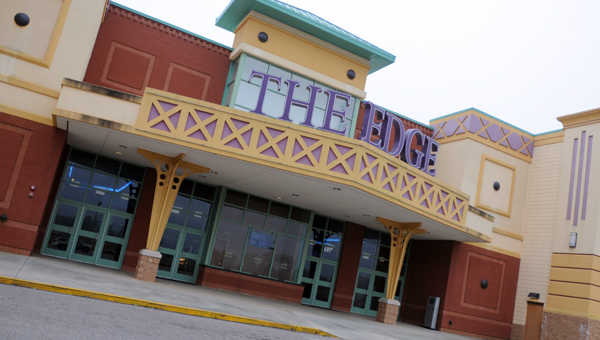 The Greenville City Council voted on Monday to extend an incentives agreement with NAOS Entertainment-Greenville for an additional 10 years that provides a sales tax rebate and refund a $1 ticket tax to the company, which owns and operates The Edge 8. (Advocate Staff/Andy Brown)

The Greenville City Council voted on Monday to extend an incentives agreement with NAOS Entertainment-Greenville for an additional 10 years.

The city agreed to extend the agreement in an effort to help the movie theater upgrade from 35-millimeter projectors to new high-end Sony 4K digital projectors.

Michael Nimmer, general operations manager at The Edge, said that the decision to shift toward high-end projectors was a means of future-proofing his theater.

“We’re so much further advanced right now than even what Hollywood is putting out,” Nimmer said. “When they go to 4K movies, we’re ready.  We don’t have to worry about upgrading equipment — we’re already there.”

The cost for upgrading the theater’s projection equipment was approximately $800,000.

Greenville Mayor Dexter McLendon said extending the agreement made sense given the company’s large financial investment to create a state-of-the-art theater in Greenville.

“I look at it the same way I do when one of our manufacturers approaches us about an expansion,” McLendon said. “They’re investing $800,000 back into our city, and they’re doing it after some pretty tough economic times. We wanted to do whatever we could to help.”

McLendon said he believes the city will benefit financially from the theater’s upgrade.

“A lot of people want to go out and get dinner and watch a movie, and with a theater like the one we have there’s no reason people have to drive to Montgomery for that anymore,” he said. “So, it keeps people in town, but it also draws people from out of town. Those people eat at our restaurants and buy gas at our gas stations. The theater making this sort of investment is really a good deal for us as a city, and we were happy to extend the agreement with them.”