The Next Level set to play AtlantaFest 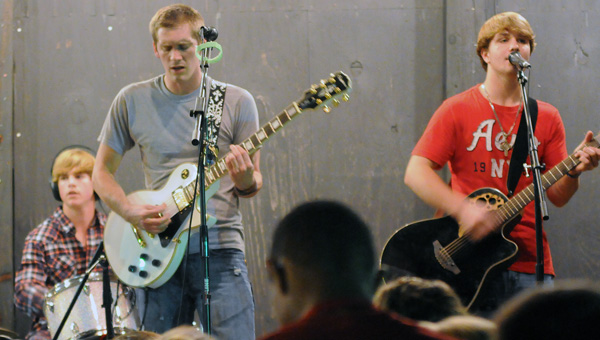 Audio Adrenaline, LeCrae, David Crowder and TobyMac are among the 70 artists that will perform at AtlantaFest 2013.

Also taking the stage at the four-day music event will be Butler County’s own The Next Level.

“It’s pretty big,” drummer Matt Langford said. “It’s really awesome that we’re going to have the opportunity to play there.”

“I thought it would be a little bit of a long shot, but I went ahead and sent it in and they were chosen to perform,” Duke said. “It’s a big opportunity for us. The church has made an investment (in the band) and the guys and girls in the band have put in a lot of effort and it’s starting to pay off.”

Duke said the group isn’t seeking to secure a record deal, although there will be talent scouts in the audience. Instead, he said the group is hoping that the exposure the band will receive from performing alongside some of Christian music’s biggest names will create more opportunities to lead worship.

“Hopefully it will open doors for them to lead worship around the southeast,” he said. “They’re already traveling around and doing that some, but maybe this will create more opportunities.”

The festival will run from June 13-15 in Stone Mountain, Ga., and organizers are expecting 20,000 fans to attend.

The Next Level will perform a 45-minute set, and while the group hasn’t yet learned which of the four days it will perform, Langford said the band is already at work fine-tuning its playlist.

“We’re trying to get it nailed down,” Langford said. “We’re working pretty hard to get ready. This is definitely the biggest crowd we’ve ever played in front of and we’re looking forward to it. It’s going to be tough, but it’s exciting.”

Those who order tickets online at atlantafest.com can support the band by entering the coupon code “TNL” in the space provided. By doing so, a portion of the ticket price will be given to the band.