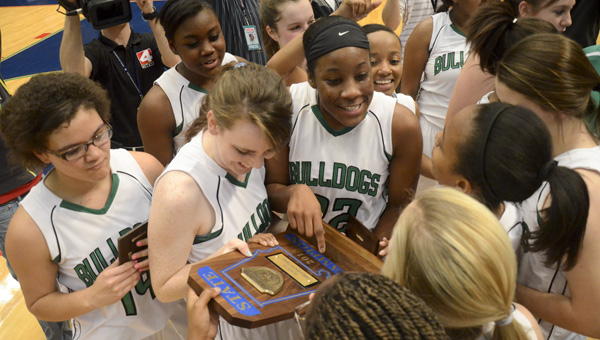 The Brantley girls celebrate with their trophy.

All it took was a little extra motivation for the Brantley Bulldog girls.

Down 20-16 in the third quarter, head coach Andrew Kilcrease called a timeout.  The Bulldogs came out of that timeout on a 17-3 run, and that ultimately carried them to a 53-42 win over Keith and the first girls state championship in school history.

“He told us that we weren’t going to lose this game, and we believed him,” Final Four MVP Amahni Upshaw said about that timeout. “We went out there and played like a team and make that statement true.”

The first half was a back-and-forth affair, with neither team taking control of the game.

Brantley trailed 9-7 after the first quarter and 17-13 at halftime.

Keyed by that 17-3 run, the Bulldogs put 23 points on the board in the third quarter. 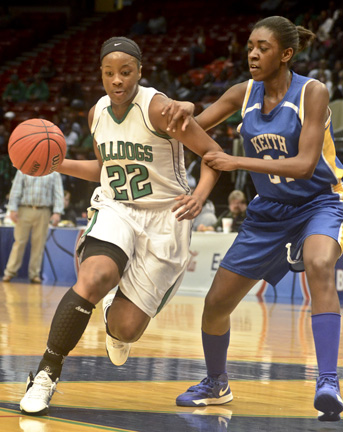 “I got on her at halftime, but she was able to take it and it motivated her,” Kilcrease said. “She came out and got it done.”

Raven Davis led the Bulldogs in scoring with 17 points, Upshaw had 12 and Hill finished with 11.

“The girls did exactly what I said — executed on offense and picked up the defense and the pressure in the second half, and that helped us win the state championship,” Kilcrease said.

The Bulldogs finish the season with a 25-6 record. 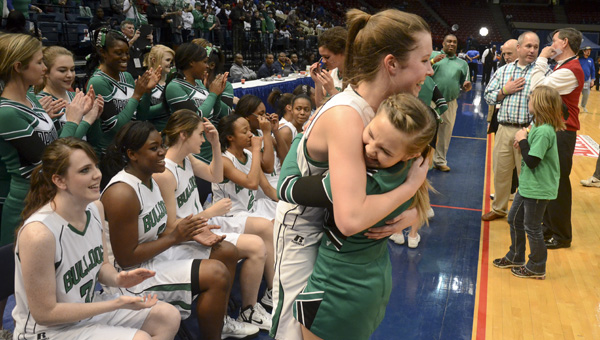