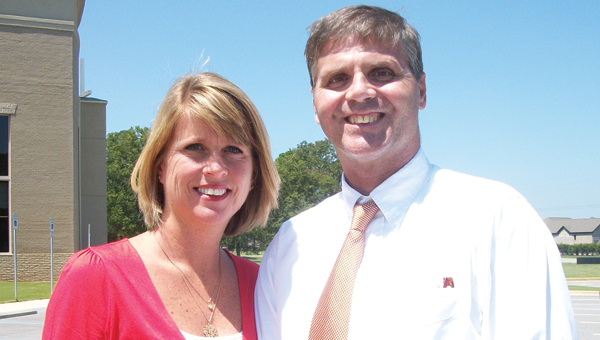 A blood drive held in honor of a cancer survivor left a Greenville family overwhelmed by its community’s generosity.

Chris Dunkin, who was diagnosed with Leukemia in 2004, has had numerous blood transfusions as part of his treatment for the disease. When he learned of a severe blood shortage across the state and nation, he decided to do something about it.

“They said they had never done a blood drive in honor or someone who was living,” he said. “Normally they do them in memory of someone, but they were more than willing to do it and said it was a great idea.”

Dunkin and his wife Jennifer set a goal of 50 donors.

With the support of the community, they achieved that and more. The blood drive, which was held in the Fred’s parking lot, was scheduled for noon to 6 p.m. Jennifer said that the drive didn’t end until 8 p.m. because of the number of people lined up to donate.

According to Jennifer, 59 people donated blood. Some even donated plasma.

“We were so shocked and overwhelmed by the support,” Jennifer said. “The (LifeSouth) coordinator told me that they anticipated 25 people. We passed that by a few.”