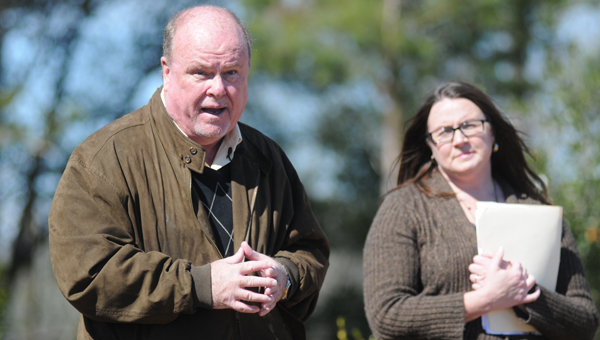 It just made sense.

For decades, the City of Greenville has been known as the Camellia City, but lacked a tribute to its namesake.

That changed Monday with the grand opening of its Camellia Garden.

“The Camellia City needed a camellia garden,” Greenville Mayor Dexter McLendon said. “This is something we should have done a long time ago.”

The garden, which is located on a former home site behind Beeland Park, features nearly 60 camellia cultivars. A cultivar is a plant or grouping of plants selected for desirable characteristics that can be maintained by propagation.

Stringer said constructing the garden, which was aided by grant money from the Alabama Department of Economic and Community Affairs, took approximately a month.

She said there are plans for future additions, such as a gazebo, an arbor and nameplates identifying the different varieties of camellias located in the garden.

“I’m pleased with how it turned it,” Stringer said.

McLendon said the City is committed to expanding the garden as funds become available.

“This is a start,” he said. “This is the start of creating a garden that’s not like anything else in the state.”

The mayor also said the City also plans to plant camellias along the walking trail near the YMCA.

“We’re going to attempt to do more and more to show off the camellia,” McLendon said. “Being the Camellia City that just makes sense.”