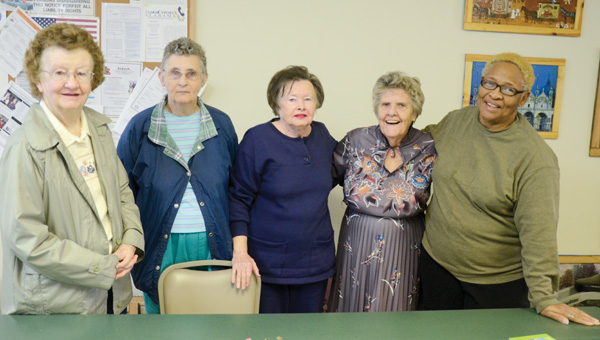 The walls of the Brantley Senior Center are adorned with the works of artists like Monet and Anne Geddes, but they aren’t worth thousands of dollars.

In fact, they’re cut up into little pieces.

One of the favorite pastimes of those who visit the Senior Center is putting together puzzles, and a quick glance around the facility reveals dozens of completed works.

Over a year ago, someone happened to bring in a puzzle to work on, and the hobby took off.

“We mostly work on 1,000-piece puzzles, but we’ll work on anything anyone gives us,” said Ina Ruth Wallace.

Wallace said it usually takes about a week to complete each puzzle.

“Some of them get here at 9:30 in the morning and work on them until lunch, and then some of the others will come in at lunch and work until 3 p.m.,” said Center manager Delayney Smith.

For anyone curious about any tips or tricks to puzzling, the group uses the standard technique: finish the border of the puzzle and then fill in the inside.

Following the completion of a puzzle, the back of it is glued and it’s fitted for a frame.

The idea for the framing came from Jackie Legg, who has put a frame on many of the works.

“People have volunteered to frame them, like the ag shop at the school, Dennis Barnes and Doug Free,” Legg said.

The puzzles are also up for sale, and Smith said several people have purchased a completed puzzle.

“We can use the money for supplies, or we might take a trip,” she said. “You’d have to raise a lot of money to take a trip for 22 people, though.”

For more information about donating or buying a puzzle, call the Senior Center at 527-3931. 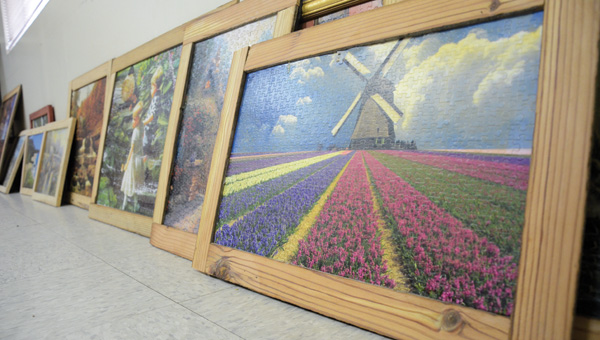 Dozens of puzzles line the walls of the Brantley Senior Center.

School security and improving school facilities were topics of discussion at a work session of the Crenshaw County Board of... read more