A McKenzie man has been arrested in connection with a fatal wreck that occurred Christmas Day.

The Butler County Sheriff’s Office arrested Brandon Ray Sellers, 20, of 1118 Huggins St. in McKenzie, on Jan. 22 for manslaughter and assault, first degree, following an investigation by the Alabama State Troopers.

The crash, which took place on U.S. Hwy. 31 at the intersection of Alabama Hwy. 55, approximately one mile south of McKenzie, claimed the life of 27-year-old Celeste McCormick of Roswell, Ga., and injured her husband, Ryan McCormick.

Accident reports show that the McCormick’s 2003 Honda Accord was struck by a 2003 Chevrolet Avalanche driven by Sellers.

According to the report, Sellers was traveling above the posted speed limit and was also under the influence of alcohol at the time of the crash. The report states that Sellers admitted to drinking alcohol earlier in the day and that he ran through the stop sign at the intersection of U.S. Hwy. 31 and Alabama Hwy. 55.

Butler County Sheriff Kenny Harden said that his office did not conduct the investigation, but made the arrest for the State Troopers.

The spokesperson for the Alabama State Troopers was unavailable for comment on the investigation due to a hostage situation in Midland City. 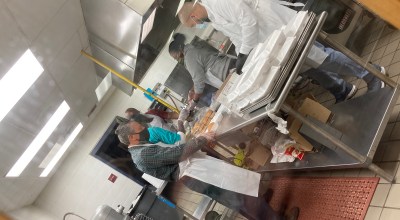 Lots of activities set for South Butler County this Christmas