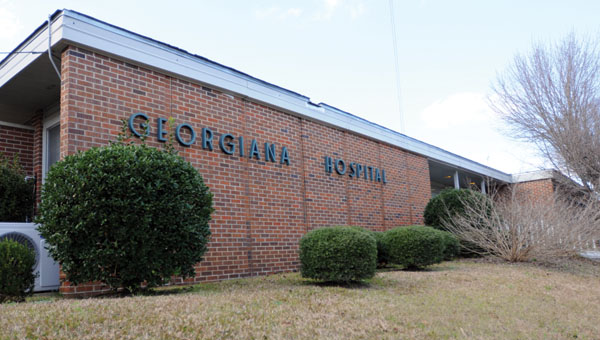 Mike Bruce, CEO of Ivy Creek, announced on Monday that his company’s control of the hospital became official with the approval of the Alabama Department of Public Health.

Ivy Creek purchased the hospital from South Butler Medical Services, which was owned and operated by Harry Cole Jr.

Bruce declined to comment on the purchase price, but said he became interested in purchasing the hospital, which will be renamed Georgiana Medical Center, in November.

“When I heard it was for sale, I was very interested. I made an offer and things moved pretty fast. Before I knew it, I was sitting in this chair,” Bruce said pointing to his black office chair in the hospital’s administration building.

According to Bruce, who is currently acting as the administrator at Georgiana Medical Center, he specializes in “turning around hospitals in rural areas.”

“Right away we made an investment of several hundreds of thousands of dollars purchasing computers and software to make that change,” he said.

Another change was bringing Dr. Jeffrey Voreis back to the hospital. Voreis had spent the last two years at Elmore Community Rural Health Clinic.

“Having him here at the hospital is a huge benefit,” Bruce said. “He knows the patient population and a lot of patients that had forgone medical care since he had been away have started to come back to the hospital in some form or fashion.”

Along with Voreis, Dr. Zabed Akbar and nurse practitioner Jessica Campbell will continue to practice at the hospital.

“It was nice to see the level of talent here at the hospital,” Bruce said. “Coming in and assessing the strengths and weaknesses of the hospital, I was extremely pleased with the nursing staff. That’s going to be a key to success.”

Bruce said another change planned for the hospital is the addition of hospice care to the hospital’s services to go along with its home health care services offered through Reliable Home Health.

Previously the hospital had contracted with private hospice providers in surrounding areas, such as Greenville or Andalusia.

Bruce said he expects the hospital’s hospice service to begin within three to six months.

“Our emphasis is going to be on outpatient care – hospice, home health,” Bruce said. “Inpatient care is still a part of what we offer, but I don’t believe that is a growth area for any hospital in the current economic climate of Medicare.”

Bruce said there are currently no plans to expand the 22-bed facility.