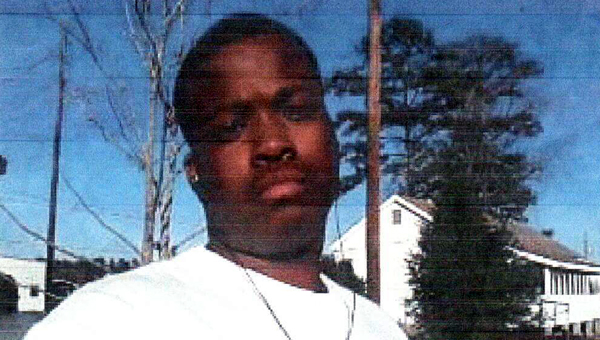 The Georgiana Police Department is searching for a missing 16-year old.

According to a police report, Antoine Watson went missing Dec. 21 from his home in Georgiana.

“It appears that he just left home,” Blackmon said. “We’re still working on gathering information and figuring out exactly what happened.”

Blackmon said that Watson is listed as a 5-foot-5, 280-pound black male on the police report.

Anyone with information on Watson’s whereabouts is asked to call the Georgiana Police Department at (334) 376-2222.

“Any information anyone can provide will help,” Blackmon said.