Organizers kick off Relay for Life 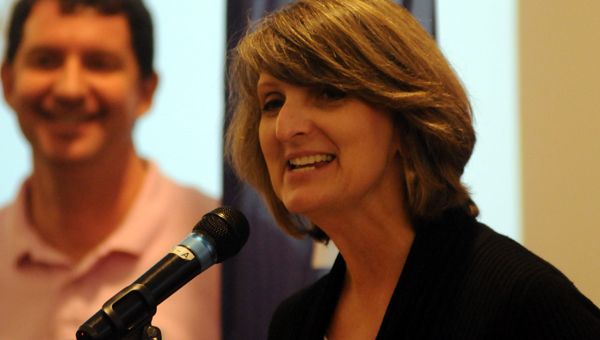 The 2013 Butler County Relay for Life isn’t until May 10, but that doesn’t mean there isn’t already plenty of activity under way.

Teams have already started forming and fundraising activities have been scheduled.

On Tuesday, organizers officially kicked off the fundraising campaign by announcing the goal and the theme at a meeting with team captains that was held at LBW Community College’s Wendell Mitchell Conference Center.

Organizers have set a fundraising goal of $85,000 and on Tuesday selected Birthday as the theme for this year’s event. The idea for the theme came as a result of the American Cancer Society celebrating its 100th anniversary in 2013.

“The theme is important because it’s what we are going to launch off of,” committee member Chad McGriff said.

Team leaders selected Birthday over Olympics, Cartooning for a Cure and Night at the Movies.

The 2013 Butler County Relay for Life will be held at the Greenville YMCA and will begin at 6 p.m. and come to a close at 6 a.m.

“We want everyone in Butler County to come out and be a part of this,” said Marie Owens, Butler County Relay for Life co-chairman.

Along with announcing the goal and theme, the American Cancer Society also recognized teams from 2012 that met fundraising benchmarks.