Damage from possible tornado in Luverne 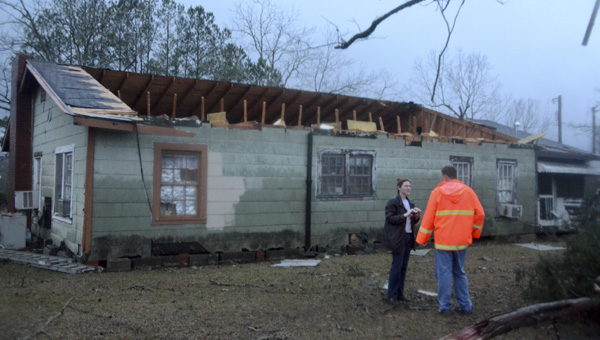 A home on North Franklin Street had its roof lifted off.

Shortly before 5 p.m. today, the areas of Jeffcoat and North Franklin streets in Luverne were damaged by strong winds.

Eyewitness reports indicate that the damage was the result of a tornado.

Crenshaw County EMA director Jessica Tomlin-Seabrook said that there were no injuries reported in Luverne at this time.

There were also unconfirmed reports of damage in Petrey.

Severe weather in expected to continue throughout the evening.

Breaking news and updates will be posted both here and on Facebook. 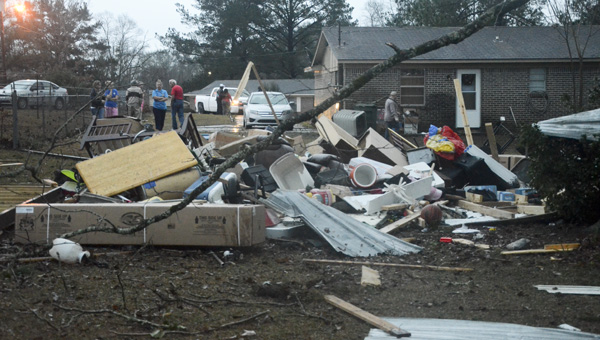 A storage shed was destroyed on North Franklin Street.