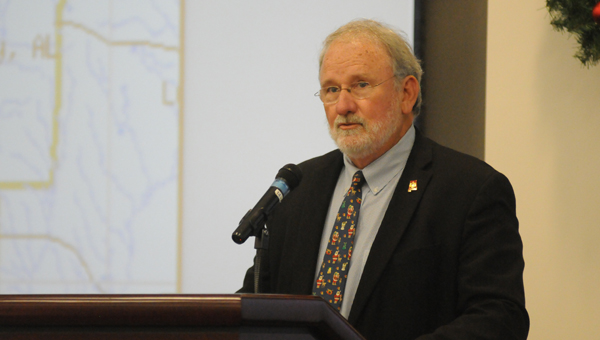 The Butler County Commission for Economic Development has a new executive director.

The BCCED announced Tuesday that David Hutchison, director of business development for the Alabama Department of Commerce, will assume the role beginning in January.

“I’m a big Auburn fan, but the best college football coach out there is Nick Saban,” said Greenville Mayor Dexter McLendon. “I honestly believe we hired the Nick Saban of economic development.”

McLendon, who serves as the chairman of the BCCED, has served as the interim director during the search for McLaney’s replacement.

“Economic development is a process and not an event,” he said. “I intend to take advantage of any regional opportunities that are available to us, but I am also going to determine how to be of assistance to our existing industries.”

Hutchison said that as the executive director of the BCCED he will work to advance all of Butler County, while being focused on the organization’s mission and available to both in and out of the office.

Cleve Poole, the vice president of the BCCED, said that Hutchison was chosen to help the organization make a shift in how it was operating.

The announcement came at the first ever Industry Appreciation Luncheon, which was held at the Wendell Mitchell Conference Center on the campus of LBW Community College.