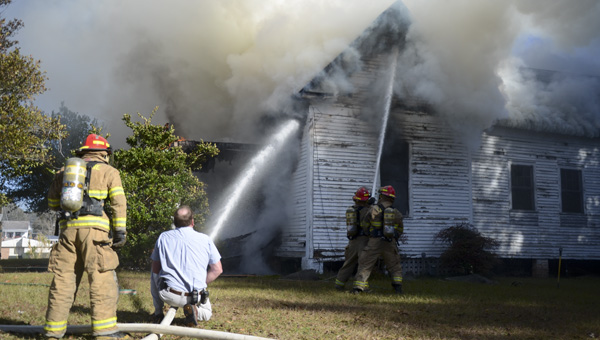 The Luverne Fire Department was the first to respond to the blaze at the intersection of Hawkins Ave. and East Sixth Street, and firemen from Rutledge and Glenwood also assisted.

Firefighters were dispatched shortly before 9:30 a.m. and worked for over an hour to control the fire.

Further details are unavailable at this time.