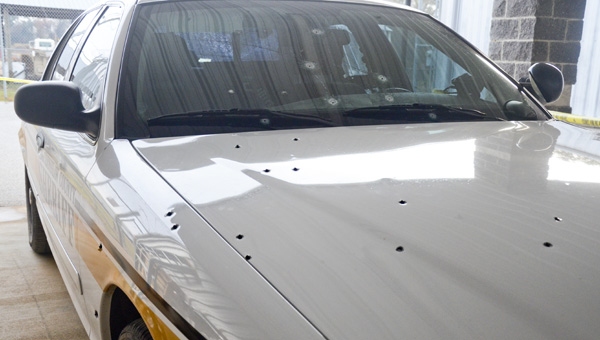 The Sheriff's Department says that 18 shots were taken by this police cruiser in Monday night's shootout.

At 8:32 p.m. last night, 911 received a call about a domestic disturbance at 1786 Black Rock Road, and deputies responded and met with the victim at a neighbor’s residence.

The deputies then went to the residence and shined their flashlights at the suspect.

“Then the offender opened fire on deputies with an assault rifle,” said Deputy Earl Thompson. “That’s when the ‘double zero’ call went out, which is any and all available units.”

Bullets struck one patrol car approximately 18 times, and one deputy suffered a minor injury from shrapnel.

“After deputies returned fire, the suspect dropped the weapons outside the window and surrendered,” Thompson said.

The suspect was taken to the Crenshaw County Jail, where he is currently being held. 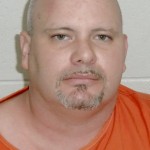