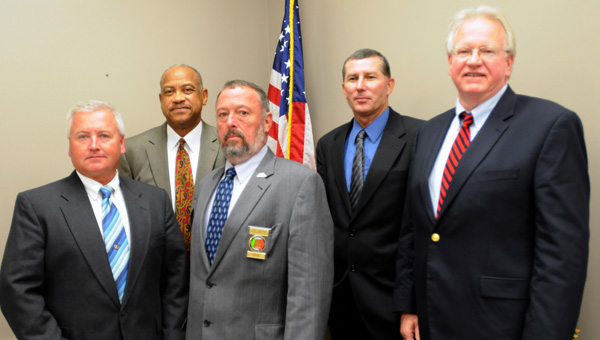 Jesse McWilliams will remain the chairman of the Butler County Commission – for now.

The rotation will begin with District 2 and circle back around to District 1. The commission elected to start in District 2 in order to have the two most experienced commissioners serve as the chairman for the first two terms.

McWilliams, who has served as the commission’s chairman since 2004, will take his turn as chairman first. Commissioner Frank Hickman, who was opposed to rotating the chairmanship, will serve as vice chairman for the first term.

At the end of McWilliams’ term, Hickman will become the chairman.

The measure to set up the rotating schedule passed by a count of 4-1, with Hickman being the lone commissioner to vote “no.” The vote reverses a move the commission made eight years earlier to eliminate rotating the chairmanship among the commissioners.

“We went away from that for a reason,” Hickman said. “Having one commissioner serve as the chairman allows for stability. When you rotate the chairman position around, it’s hard to get a consistent vision.”

McWilliams had planned to step down as commissioner with the election of the new commission.

“This has been my life for a decade now, and I love it,” McWilliams said. “I certainly like to be the chairman and would serve as chairman forever, but that’s not how it works. Doing it this way gives everyone a chance to serve, and we will do everything in our power to make sure this rotation works. We’re going to work hard, and we’re going to work together.”