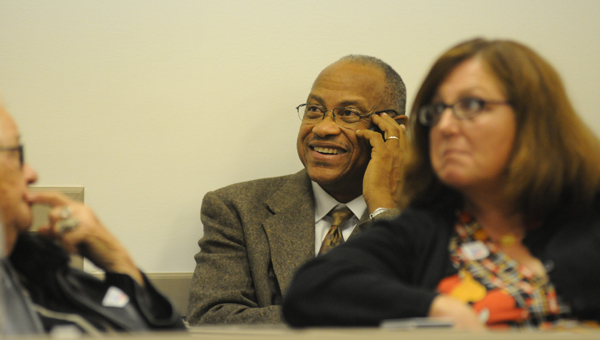 Allin Whittle has had nearly a year of sleepless nights.

Those sleepless nights may have come to an end Tuesday.

Whittle garnered more than 74 percent of the vote to defeat Republican Charles Rogers in the race for the Butler County Commission District 4 seat.

“Maybe I can sleep now,” Whittle said with a smile. “I’m thrilled with how things turned out, and I’m deeply humbled by the outpouring of votes I received.”

“I really appreciate how Mr. Rogers ran a clean race,” Whittle said. “He did a great job.”

Whittle also thanked his many supporters for their hard work in getting him elected.

“So many people worked so hard, and I really appreciate everything they did,” he said.

Whittle received 334 votes to Blankenship’s 226 votes in the runoff election after receiving 329 votes in the primary election.

Whittle said with the election finally over, he is ready to get to work.