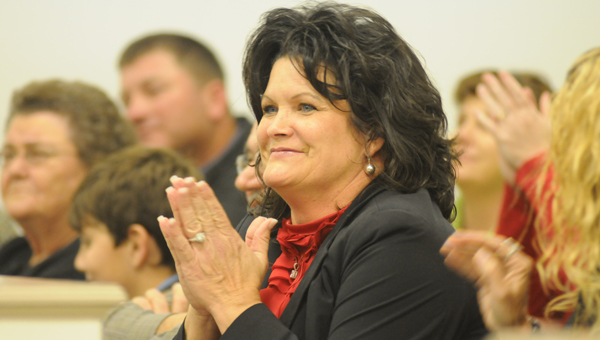 When the final totals flashed up on the screen Tuesday night, Mattie Gomillion breathed a sigh of relief.

The numbers revealed that Gomillion will serve as Butler County’s next circuit clerk after she defeated Republican Ronnie Graddy. She will replace Allen Stephenson who chose not to seek re-election after 17 years in office.

Gomillion, who earned the Democratic nomination by defeating Jason Simmons in March, received more than 67 percent of the votes in Tuesday’s election.

“I was surprised by how much of a lead it was,” she said. “I really want to thank everyone that helped me campaign and all the people that got out and voted. I’m really happy that the voter turnout was as high as it was.”