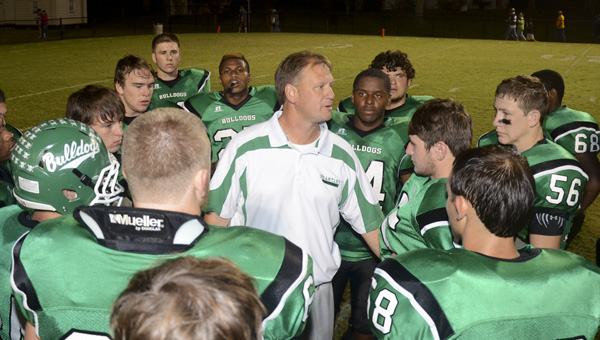 Head coach David Lowery talks to the team after their win over Red Level.

He was presented with a signed football following the game.

“I’m proud to get it,” Lowery said. “There were a lot of great players and other folks that helped earn these wins over the years.”

Despite the ceremony, Lowery says it’s only win No. 149 due to a forfeit by J.F. Shields last season, but that forfeit goes down as a win in the record books.

Lowery took over as Brantley’s head coach in 1999.  Since then, his teams have won at least eight games every season but one.

The Bulldogs have a region record of 88-3 during that time with 12 region titles. 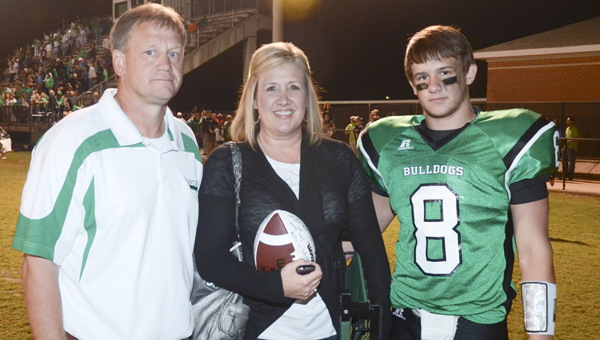 Brantley's Adrian Howard goes in for a touchdown against Red Level. The Brantley Bulldogs only needed five offensive plays to... read more