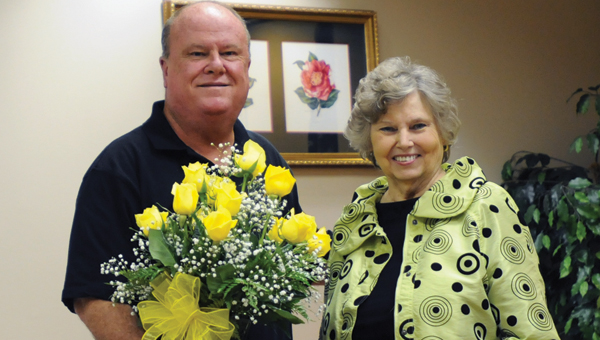 Thompson, who served two terms on the Greenville City Council, took part in her final meeting as District 1’s representative Monday night after she made the decision not to seek re-election following the end of her eighth year in office.

“If I had started younger, I’d have stayed 12 years,” Thompson said with a smile.

At the close of Monday’s meeting, Mayor Dexter McLendon applauded Thompson’s service as a council member.

“I’ve never met anyone who loves their town more than (Dr. Jean) does,” McLendon said. “We always knew she would be there for us. Everyone always knew about her love for the arts and the Ritz Theatre, the library and education. That love goes both ways. We love what Dr. Jean stands for and she will certainly be missed as a part of this council.”

Councilman Jeddo Bell said he got a “double dose” of Thompson though the city council and his involvement with LBW Community College, where Thompson served as director of the Greenville campus.

“I learned so much for her,” Bell said. “I will always carry a special torch in my heart for Dr. Jean.”

Councilman Tommy Ryan began his work with the council at the same time as Thompson back in 2004, and said that Thompson’s service to the city goes beyond the walls of City Hall.

“She has been a really strong promoter of the Greenville Arts Council in particular,” Ryan said. “She is also an advocate for keeping the Ritz in good shape and providing the means to do that.”

Thompson has also served on the L.V. Stabler Memorial Hospital Board of Trustees and the LBW Community College Foundation.

“It’s been a pleasure to work with the council for the past eight years,” Thompson said. “I’ve really enjoyed working with everyone, but I have some other things I need to di with my grandchildren.”

Thompson will be replaced on the council by Bryan Reynolds, who defeated Jerry Myers in a runoff election earlier this month.