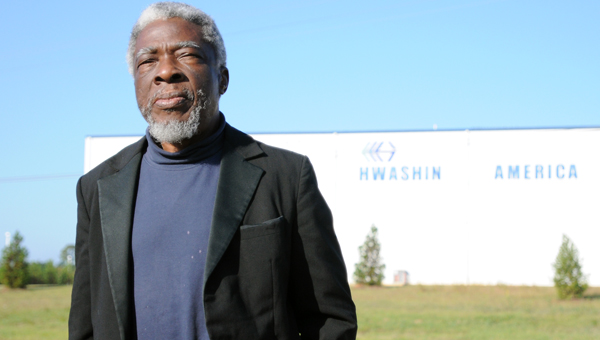 Sure, he smiles a lot and is quick to reach out and offer a handshake, but he isn’t much concerned with his public image.

“When it comes to dressing, I might as well stay home,” Crum said with a laugh. “I’ve never cared much about that stuff.”

What Crum does care about is Butler County.

That’s what led him to seek a seat on the Butler County Commission nearly 30 years ago. On Monday, Crum took part in his final meeting as a commissioner. He was defeated by Allin Whittle in the Democratic primary in March.

“I always wanted to be in government,” Crum said. “I wanted to have the opportunity as a black man to help promote and elevate our county, so I ran for a spot on the Commission. It was always about the county and for the people.”

During his third term in office, Crum became the first chairman of the Butler County Commission to be selected from the ranks of the commissioners. Previously the county’s probate judge had served as the chairman.

“That was quite an honor,” Crum said. “I’m proud of my time as chairman. As the first chairman, and the first black person to be chairman, I didn’t downgrade the office of chairman. In fact, with the schooling I had received, I believe I upgraded the office.”

The schooling Crum mentioned is just another of his accomplishments as a commissioner. The Greenville native was a member of the first graduating class of the Alabama County Commissioners College, which is sponsored by Auburn University’s Center for Governmental Services.

“When I first came on the Commission, I didn’t know how county government worked, but I learned,” Crum said. “Then I was able to take what I learned and use it help elevate our county.”

One way in which Crum assisted in growing the county was through helping create the Butler County Commission for Economic Development, which eventually played a role in the county landing a number of industries, including two Tier I automobile suppliers in Hysco America and Hwashin America.

“At the time when we formed (the Butler County Commission for Economic Development) we were a little low on industry and needed a boost,” Crum said. “We had heard about how businesses and industries looked more favorably upon counties that had these boards, so we formed one, and later became the first county in the state to get two Tier I auto suppliers.”

But Crum, who says he’s never really thought too highly of himself, tends to shy away from discussing his accomplishments while in office. Like most parents and grandparents, he’d prefer instead to talk about his children or grandchildren.

“Anything I accomplished on the Commission, I didn’t accomplish it myself,” he said.  “I did it as part of the Commission. You don’t do anything in politics by yourself.”

With his fourth term in office all but complete, Crum said he hopes his legacy will be that he always tried to do what was best for Butler County.

“I always tried to do the best job I could,” Crum said.

“I tried to do everything I could to help Butler County prosper – within the law,” he added with a laugh.