James Gregory coming to the Ritz 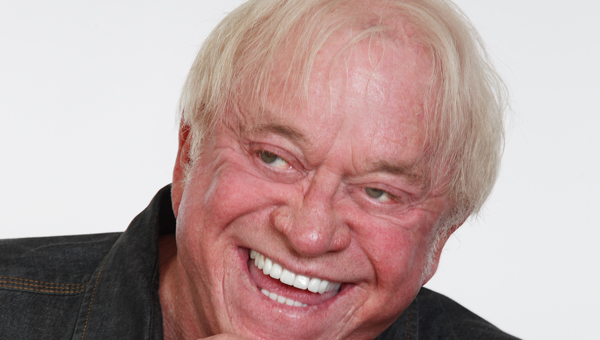 James Gregory will perform at the Ritz Theatre on Oct. 18 at 7 p.m. The show will open the Greenville Area Arts Council’s 31st season. (Courtesy Photo)

After all, he didn’t earn the nickname of “The Funniest Man in America” without being funny.

Gregory will perform at the Ritz Theatre on Oct. 18 at 7 p.m. The show will open the Greenville Area Arts Council’s 31st season.

Gregory, who has been a stand-up comedian for three decades. He got his start at The Punch Line in Atlanta in 1982.

“My friends thought I was funny, so I thought. ‘Why not'” Gregory was quoted as saying about trying his hand at stand-up comedy. “Then I discovered that people laugh at you because you’re bombing so bad. No one is magically funny – you have to work at it.”

Since then, Gregory has been the featured entertainer for more than 200 corporations, including the Coca Cola Company, Kimberly Clark Corporation, Hewlett Packard and Kroger, as well as numerous civic and church groups. He’s appeared on syndicated radio shows such as “The John Boy and Billy Show” and “Rick and Bubba,” while also appearing in concert with with Kenny Chesney, Randy Travis, Reba McEntire, The Judds, George Jones and Ricky Skaggs.

On his website, Gregory wrote that his success, like his comedy, is the direct result of the values he grew up with.

“I have lived long enough to know people, know life. My comedy is based on my life experiences. It’s real, it’s funny and the audience loves it. That’s why I’m still in business,” he said.

His CDs include “It Could Be A Law, I Don’t Know,” and his DVDs include “Grease, Gravy & John Wayne’s Momma.”

Greenville Area Arts Council Executive Director Nancy Idland said she is excited to be able to bring Gregory to the Ritz.

“One thing that we have new for the first time this year is we’re bringing in a comedian,” Idland said. “As far as I can remember, Greenville has never had a single solo comedian perform on our stage, and we’re really exited that James Gregory, who is pretty well known in the South especially, is coming to be with us.”