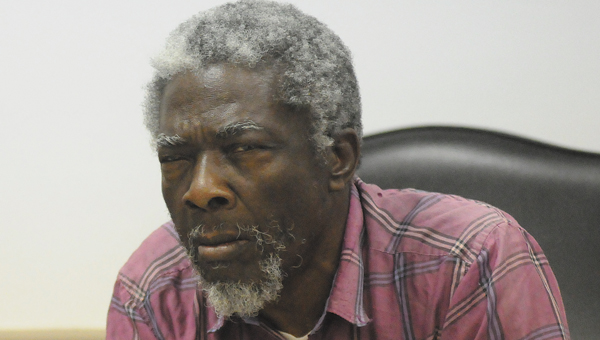 The Butler County Commission recognized Jimmy Crum on Monday for his years of service to Butler County. (File Photo)

Together Jimmy Crum and Lynn Harold Watson have nearly half a century of public service to Butler County.

On Monday, Crum and Watson took part in their final meeting as Butler County Commissioners, and were recognized by fellow commissioners Jesse McWilliams, Jerry Hartin and Frank Hickman.

Both commissioners were presented with a resolution honoring them for their years of service to Butler County.

“Over the years I’ve handled the majority of the resolution writing, and most of the time they are for happy occasions, but this is not a happy occasion,” Hickman said. “I’ve served with both of these men for a good amount of time, and I’m sorry to see them go.”

The resolution presented to Crum recognized his service to the commission for 16 years, including serving as the chairman of the Commission from 1995-96. Crum was also instrumental in the formation of the Butler County Commission for Economic Development.

“I’m going to miss this job,” Crum said. “I’m not sad because I was kicked out, but I’ll miss it because of the people that work here and live in District 4.”

The resolution presented to Watson recognized his service of more than 30 years as Mayor of Georgiana, as a councilman in Georgiana and as a commissioner. Watson also served on the Butler County Commission for Economic Development.

“I enjoyed the last four years,” Watson said. “It’s been a different ride.”

McWilliams applauded the service of Crum and Watson over the years.

“I’m going to miss (Crum and Watson),” McWilliams said. “We’re losing a lot of experience with them coming off the Commission.”

Crum and Watson were both defeated in the Democratic primary in March. Allin Whittle and Charles Rogers are vying for Crum’s District 4 seat, while Darrell Sanders will take over as the District 5 represenative.

The new commissioners will be sworn in on Nov. 13.