Tuskegee Airmen: pioneers of the sky 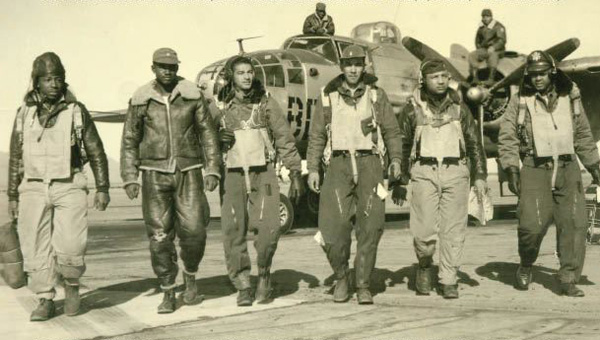 In June of that year, in the small Macon County city, the first squadron of African-American pilots was formed. These men would come to be known as the Tuskegee Airmen.

Dr. Daniel Haulman, an Air Force historian and author who co-wrote The Tuskegee Airmen: An Illustrated History, 1939-1949, has met many of the surviving Tuskegee Airmen.

“I’ve had the opportunity to meet a lot of them, and the ones that belonged to the 99th Fighter Squadron are the most proud,” Haulman told a group gathered at LBW Community College on Wednesday. “Some of the members of the 99th claim that they are the only true Tuskegee Airmen because they were the first.”

In all, nearly 1,000 African-American pilots in 44 classes were trained at the Tuskegee Army Air Field, but perhaps none had a greater impact than Class 42-C-SE, which graduated just five pilots on March 7, 1942.

Among those five was then Capt. Benjamin O. Davis Jr., a West Point graduate who would go on to become the Air Force’s first African-American general.

Davis and the rest of the 99th Fighter Squadron, which included George Roberts, Charles BeBow Jr., Mac Ross and Lemuel Custis, would go on to serve in North Africa, Sicily and Italy during World War II.

“These were the only black pilots in the entire military,” Haulman said. “There were none in the Navy and none in the Marines.”

But the truth is, the Tuskegee Airmen didn’t need Hollywood to make their story any more compelling.

They flew missions deep into German territory. The pilots flew more than 15,000 sorties, downed 112 enemy planes and destroyed or damaged 273 on the ground, while completing 172 bomber escort missions without losing a bomber. Their exploits earned them 96 Distinguished Flying Crosses and a Distinguished Unit Citation.

The Tuskegee Airmen were collectively, not individually, awarded the Congressional Gold Medal by President George W. Bush and the U.S. Congress on March 29, 2007, in a ceremony inside the Rotunda of the U.S. Capitol.