By Stephanie Nelson
The Andalusia Star-News

A Florala couple with warrants in Crenshaw County is behind bars for allegedly operating a meth lab in the woods near Red Oak in Covington County.

James and Tiffany Worley were arrested Friday afternoon after Covington County Sheriff’s deputies responded to a call of a suspicious vehicle parked on Red Oak Road.

“Sgt. Jeff Daniel and Sgt. Kevin Wise made contact with (Mrs. Worley) who told them her husband was down in the woods, and he had a firearm with him,” said Drug Task Force agent Greg Jackson.

Officers, who soon learned that Mr. Worley had warrants for his arrest in Crenshaw County, entered the woods, where they found Mr. Worley and a methamphetamine lab, Jackson said.

A spokesman for the Crenshaw County Sheriff’s Department said Mr. Worley, 36, was wanted for
harassing communications.

“Numerous items used in the manufacturing of meth were discovered as well as finished product and about 450 grams of meth oil,” Jackson said.

The couple was then placed under arrest and charged with manufacturing I and trafficking of a controlled substance.

As of Tuesday, they remained in the Covington County Jail, where they were held on a $750,000 each. 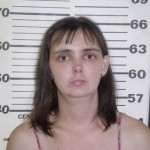 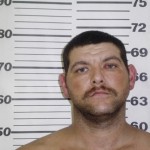