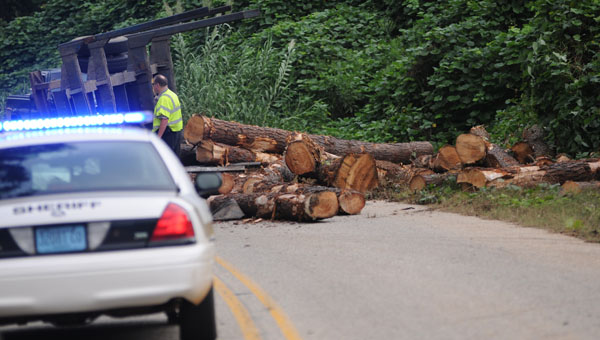 According to Butler County Sheriff Kenny Harden, deputies responded to a call of an overturned log truck at 5:15 a.m. The truck belonged to H & H Trucking of Honoraville.

“We had a deputy down in the curve directing traffic around the log truck,” Harden said. “The first car stopped and the others came up and ran into the back of it. What we have are two different accidents.”

The cause of the initial accident is still unclear, Harden said.

“The fifth wheel on his trailer may have broken and caused the accident, but right now we’re still not sure what exactly happened,” he said.

According to Harden, one driver was transported to L.V. Stabler Memorial Hospital by GEMS Ambulance.

“I don’t believe there were any serious injuries,” Harden said.