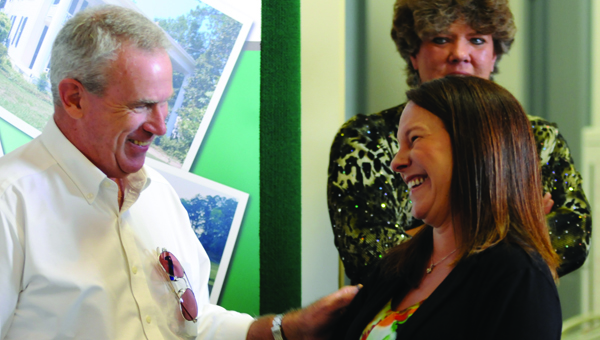 U.S. Rep. Martha Roby told the Greenville Area Chamber of Commerce on Wednesday that while United State’s soldiers are waging war in Afghanistan, she and other legislators are battling to keep the military in tact.

Last year, Congress passed the Budget Control Act in an effort to help minimize deficit spending. Under the bill, a joint committee was formed to determine how  to make the cuts.  With the committee unable to come to an agreement on where the cuts should be made, sequestration is set to occur next year.  As a result, automatic defense cuts will reduce the defense budget by $55 billion below the annual levels established in the Budget Control Act. An additional $500 billion in cuts will be imposed on top of the $487 billion already being implemented. In total, nearly $1 trillion will be cut over the next 10 years, according to Roby.

“Cuts of that severity are unacceptable, and Defense Department leaders have voiced serious warnings over the devastating effects they will cause,” Roby said. “We can go back in later and fix this, but the damage will already be done.”

Defense Secretary Leon Panetta was quoted as saying that such large cuts would force a reduction in military personnel, which he estimates would result in the smallest ground force since 1940, the smallest number of ships since 1915 and the smallest Air Force in history.

“Our military will cease to operate as we know it today,” Roby said. “It can’t. It will not have the resources. We owe it to our military families and the men and women in uniform, who remain the tip of the spear, to send them into battle with every resource they need to complete the mission given to them. We can’t do that if we are cutting $500 billion from the Department of Defense budget. We can make cuts to the military, but we can’t prioritize spending in other areas, and that’s unacceptable.”