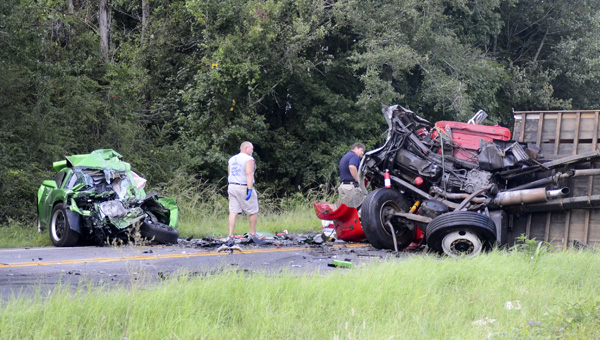 A two-vehicle wreck claimed the life of a Troy teen Tuesday afternoon.

Special to the Journal

A two-vehicle crash Monday in Crenshaw County claimed the life of a Troy teenager. The crash occurred at 4:44 p.m. on U.S. 29 at the 152 mile marker near the Vidette Community Center.

Noah B. Allison, 17, was killed when the 2011 Chevrolet Camaro he was driving collided with a 1998 International driven by James R. Barnett, 61, of Banks.

Barnett was treated at the scene and released.

No further information is available as State Troopers continue to investigate.