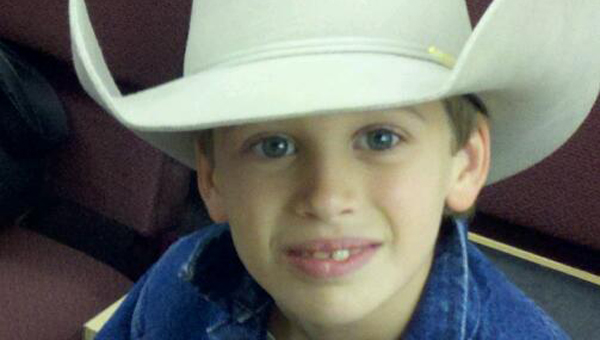 Nace Boswell, the son of Amma Brown and Jimmy Boswell, was bitten by a venomous snake at approximately 1 p.m. Wednesday while in his yard in Valley Grande. (Courtesy Photo)

An 8-year-old Valley Grande boy with ties to Butler County was hospitalized Wednesday after being bitten by a venomous snake.

Nace Boswell, the son of Amma Brown and Jimmy Boswell, was bitten by the snake at approximately 1 p.m. Wednesday while in his yard. The snake, which according to Brown is believed to have been a copperhead, bit Boswell on the top of the foot. Brown rushed Boswell to Selma’s Vaughan Regional Medical Center where treatment immediately began in the hospital’s emergency room.

“They brought us straight back in the ER and immediately started an IV,” Brown said. “Because we had not seen the kind of snake that bit him they waited about an hour before giving him anti-venom to see if he would show any neurological symptoms first, which would require a more specific treatment. They also began drawing lines and times on his foot to keep track of the swelling and how quickly it was spreading.” 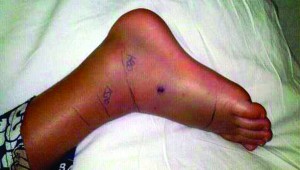 Nace Boswell was given five doses of anti-venom to control the spread of the poison. (Courtesy Photo)

When no neurological symptoms appeared, Boswell was given the first dose of anti-venom. Because the poison continued to move up his leg, he was given a second dose a couple of hours later, which stopped the poison from spreading. According to Brown, he was given three smaller doses of anti-venom during the course of the next 18 hours, while he was monitored in the hospital’s intensive care unit.

Due to the continued swelling and his age, doctors elected to keep Boswell in the hospital on Thursday. Brown said he could be released as early as today if there are signs of improvement.

“There’s been some additional swelling and pain that has continued up his leg to his knee, so we’ll have to see what the doctor says when he sees him (Friday),” Brown said.