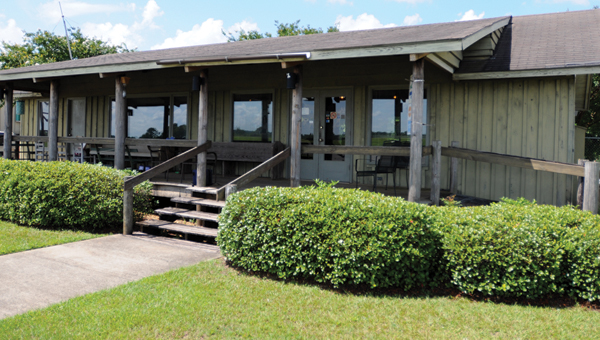 The City of Greenville has applied for a Federal Aviation Administration Airport Improvement Program grant that will help fund renovations to the terminal. (Advocate Staff/Andy Brown)

A small, wooden building stands just off the runway at Mac Crenshaw Memorial Airport. For many visitors to Greenville, the building provides the first impression of the Camellia City.

It also provides a trip back in time.

The building, which was constructed in 1978 and opened in 1979, hasn’t been updated in more than two decades.

“It’s a little dated,” Airport manager Travis Capps said. “It hasn’t been touched since it was built in 1978. It’s a great building, but it needs a facelift. When business people fly into the airport and step off the aircraft, this is their first look at Greenville. We only get one chance to make a first impression.”

The City of Greenville has applied for a Federal Aviation Administration Airport Improvement Program grant that will help fund renovations to the terminal.

The renovations would include a new roof, a new heating and cooling unit, upgrades to the buildings electrical and plumbing systems, new paint, paneling and flooring, an expanded break room and a ramp that meets the Americans with Disabilities requirements.

The total cost of the renovations is expected to cost $87,422.35. According to Capps, the cost of constructing a new terminal similar to the one located at the airport in Troy would cost $500,000. The City would be responsible for 50 percent of the cost, while the state would pay the other 50 percent.

“Folks that fly into our airport love our building,” Capps said. “It’s unique, and people like that, but it’s time to do some work to improve it. Even with the work that needs to be done, going this route will save the City a lot of money.”

Along with the upgrades to the terminal, the City also plans to remove a number of trees from near the runway.

“The trees are too tall to allow pilots to have the proper minimum clearance when they are making their descent to airport, so we’re going to have them removed to get the clearance to where it needs to be,” Capps said.

The cost of removing the trees will be approximately $20,000.

Once engineering fees are factored in, the project will total $146,116. If the grant is approved, the City and the Alabama Department of Transportation will each pay $7,305, while the FAA will provide $131,505.

In recent years, the City has used FAA Airport Improvement Program grants to extend the runway to 5,500 feet, upgrade the lights along the runway and construct a taxiway that extends the length of the runway.

Greenville Mayor Dexter McLendon said the airport is a critical tool in attracting businesses to the area.

“The airport is vital to getting businesses to locate here,” he said. “The CEOs of these companies are extremely busy. They don’t have time to fly into Montgomery and spend an hour driving to Greenville. It means a lot of if they can land their plane here. It’s faster for them and it gives us more time with them, which increases our chances of getting them to locate their business here. We’ve been able to use grant money in the past to do some upgrades, and we’re hoping to get some grant money again this year.”