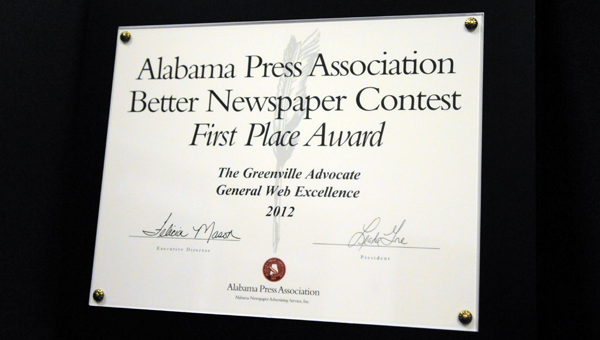 General Web Excellence is the top award presented in each division for a paper’s use of its website. Winners are chosen based on the content, navigation, visual/design, advertising, interactivity and timely news coverage.

“The way people seek out news is changing,” Greenville Advocate managing editor Andy Brown said. “For many people, the Internet is the first place they go to find news. We’ve tried to embrace that and we’re happy to be recognized for our efforts.”

In total, the Advocate won 22 awards, including six first-place awards.

“We placed well overall in the editorial and advertising categories,” Greenville Advocate publisher Tracy Salter said. “I am pleased with each award that our team received. We have a top-notch staff and I am excited to see our work recognized at the Southeastern Press convention.”

Awards won by the Advocate include: