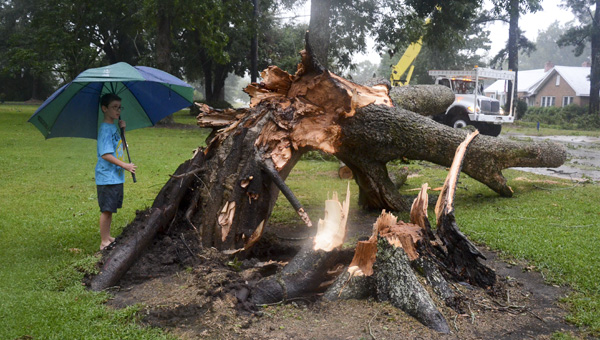 Wade Morrison looks at a downed tree in his front yard as electric crews work to restore power.

A severe thunderstorm knocked out power to parts of Brantley and forced a detour of Highway 331 on Tuesday afternoon.

Several trees were down around town, and there were several reports of home damage.

As of 7 p.m. Tuesday night, the detour was ongoing as crews worked to restore power, and it is not known how long that will take. 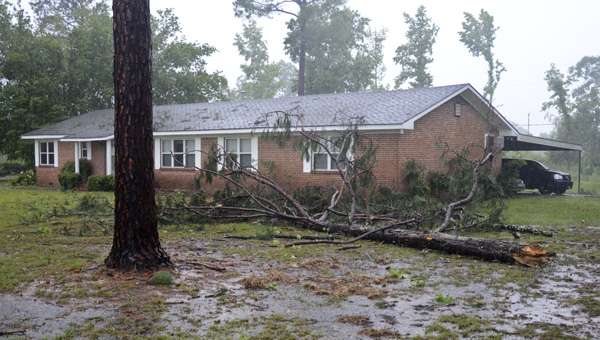 Severe weather knocked down a tree at this North Sasser Street home.