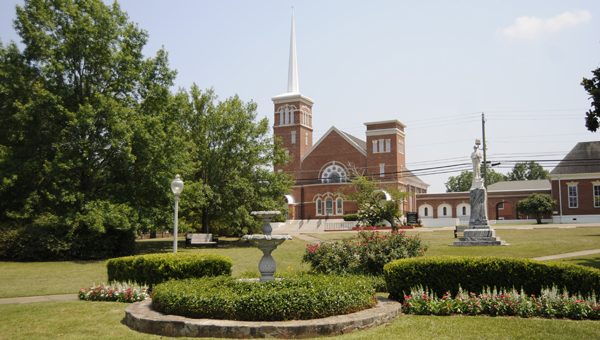 For the sixth consecutive year, the First United Methodist Church will be providing an opportunity for the community to celebrate America and the ability to worship freely on July 4.

Hosted by the Witness Committee through FUMC, the annual FUMC Community Fish Fry and 4th of July Celebration in the Park will kick off with a children’s parade and posting of the colors by Boy Scout Troop 520 at 10:30 a.m. at Confederate Park.

The free event will feature children’s games, a march around the park, live entertainment, the singing of the national anthem and a variety of food.

“It’s a joint effort to share Christ’s love with everybody at no cost,” Davison said.

There will be popcorn, snow cones, hot dogs, barbecue chicken, catfish filets, black beans and hushpuppies, all free of cost.

“We’ll also have a prayer tent for those who have been having some rough times,” Davison said. “There will be some pastors available to pray with them.”

The event has grown in the past few years and has seen as many as 400 individuals attend in years past.

“The first time we did it, attendance was a little less than 200, and we have had as many as 400 show up,” Davison said.

Tents will be provided for extra shade throughout the day and donations will be accepted.

“It’s to get together to have fellowship with each other, to celebrate our independence and to freely worship everything without being inhibited,” Davison said.