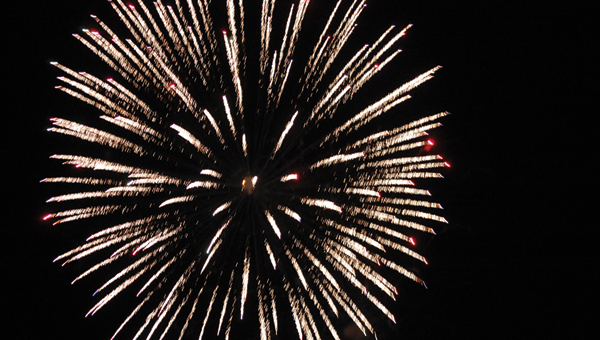 The City of Greenville will celebrate America with a fireworks show at Tiger Stadium on Wednesday. (Advocate Staff/Andy Brown)

The bright lights of Tiger Stadium won’t be all that illuminate the summer sky on the Fourth of July.

The Greenville Area Chamber of Commerce, the City of Greenville and the Butler County Ministerial Association will serve as hosts for the annual Celebrate America Fourth of July event.

The show has promised and delivered on the premise of free fun for the whole family in past years, and this year’s show doesn’t look to disappoint.

Chamber of Commerce Executive Director Francine Wasden is as excited as anyone about the festivities.

“The fireworks display should be a really great show,” she said.

Night Magic Displays, the company responsible for the fireworks shows at the Montgomery Biscuits games in the past, will put on the show.

While food, fun and games are enough of an incentive to attend, Celebrate America also aims to serve a noble goal.

“We also plan to recognize our police department and fire department as well as our military men and women,” Wasden said.

The program will feature many different speakers as well as solo performances of patriotic songs in honor of the nation’s uniformed men and women.

There will be free snacks, including watermelon, and plenty of drinks to stay cool.

Wasden said that she knows many people will be content to watch the show from their front porch, but urges everyone to come out and join in the festivities.