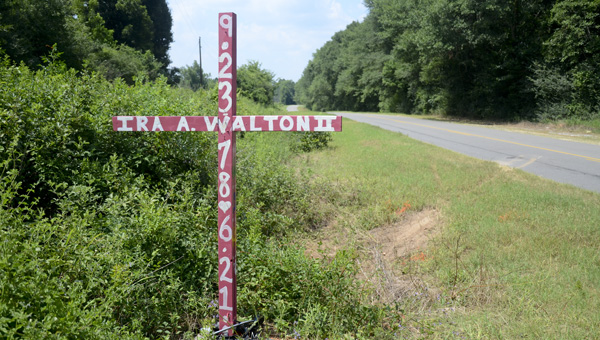 A cross has been placed on the roadside in Walton's memory.

A Rutledge man was killed last week in a two-vehicle wreck.

Ira Anthony Walton II, 33, was involved in a wreck with Taylor Nicole Summers, 19, of Elba at 5:10 p.m. last Thursday on the Rutledge Loop, according to a report from the Alabama State Troopers.

Summers’ 2001 Volvo left the road and then crossed the center line, colliding with Walton’s 1991 Pontiac.