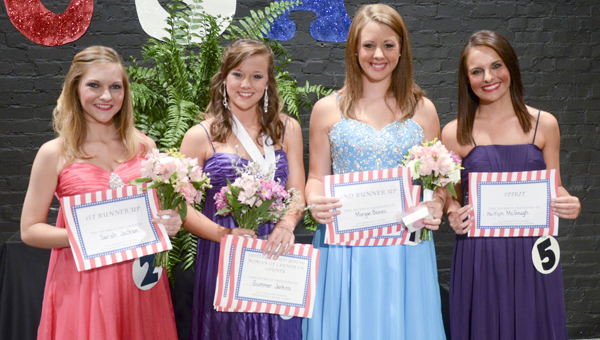 Sarah Jackson was named first runner-up, and Morgan Baines was named second runner-up.  Kaitlyn McGough was given the Spirit award.

In addition to being named overall winner, Jenkins won the interview, talent, self-expression and fitness awards, along with the Be Your Best Self essay contest.

Jenkins will participate in the state program next spring in Montgomery.