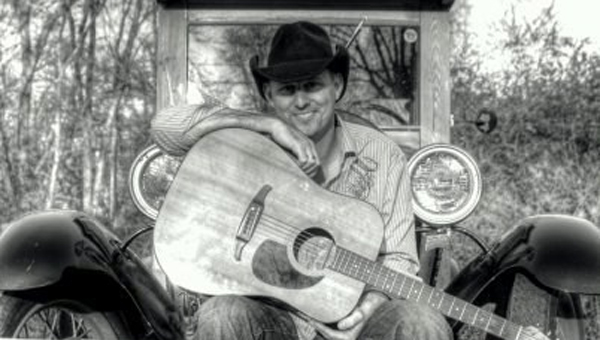 Kevin Sport, host of “The Right Place,” will serve as the host for the Hank Williams Festival’s mini-Opry on Saturday night. Courtesy Photo

Kevin Sport found his love for music at a young age in his hometown of Greenville.

After escaping the pencils and professors during his third year of college, he made the trek to Nashville, Tenn., where he transformed his love of music into a career.

“I left Greenville, and I moved to Nashville and spent seven years there,” Sport said. “I worked for publishing companies and got some songs published.”

However, after seven years of producing, Sport packed up his guitar and put it under his bed. He didn’t look at it for four years.

“It was never because I didn’t love music,” Sport said. “It was a personal struggle.”

With the help of friends and family, he found a rejuvenated passion for music and felt a need to not only publish songs but to produce a TV show as well.

“I felt like I would be comfortable in front of a camera and to be able to host a TV show,” Sport said.

In 2008, the show “The Right Place,” aired on SportsSouth. The show provides a variety of artists participating in a conversation with Sport, as well as showcases live music from the artist.

“I really felt like country music needed a show that was down home and created an atmosphere to make the artist feel extremely comfortable,” Sport said.

“The theme of our show is when you are following your dream, you are always in the right place.”

The show not only expresses each artist’s passion for music, but it allows Sport to continue what he loves to do as well.

Now living in Greenville, Sport will be just one of many artists performing at the 33rd annual Hank Williams Festival, which begins Thursday night with a free Karaoke show and then really gets under way Friday and Saturday nights.

“Being able to be a part of (the festival) and perform there and help promote it is special.”

The festival will be at Hank Williams Music Park in Georgiana and gates will open at 7 p.m. on Friday with a $15 admission and 8 a.m. on Saturday with a $25 admission.